Have you used JUUL or other E-Cigarette products? If so, you may be entitled to compensation. Please complete the form below to begin a Free Case Evaluation.

What is the JUUL e-cigarette? 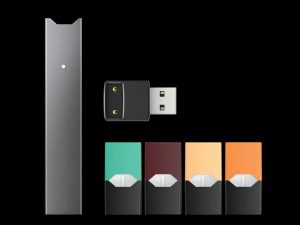 The JUUL e-cigarette is a vaping product created by JUUL Labs, which is a spinoff of Pax Labs, a leading vaping company. It is shaped like a USB drive, and uses a heating element (battery run) to activate a solution that produces a nicotine-laced aerosol that the user inhales.

The JUUL e-cigarette came on the market in 2015, and since then, has become the most popular e-cigarette out there. According to Nielsen data, in December 2017, JUUL controlled nearly a third of the market, and had generated a revenue growth of $224.6 million that year.

NBC News announced in December 2017 that because of its amazing growth, JUUL was breaking off from Pax to become its own independent company, focusing solely on customers seeking a cigarette alternative.

JUUL states on their website that their mission is to “improve the lives of the world’s one billion adult smokers.” They add that they believe “vaping can have a positive impact when used by smokers.”

Juul Labs creates and sells e-cigarettes, which are small electronic smoking devices that resemble USB thumb drives. E-cigs have been marketed as a favorable alternative to cigarette smoking, oftentimes leading consumers to believe that the use of e-cigarettes, or vaping, is healthier and less harmful than cigarette smoking. Unfortunately, the use of e-cigarettes is just as harmful, if not more so, than traditional cigarettes. There are several e-cigarette makers currently on the market, but Juul leads the pack by controlling nearly 70% of the market for vaping products.

The dangers of your child using JUUL e-cigarette 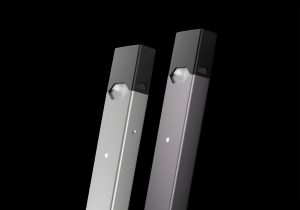 Nicotine use has been linked with a number of health and developmental problems in humans, particularly in teens and young adults. This is why parents and teachers around the country are now concerned about the growing popularity of the JUUL e-cigarette.

A small, discreet USB-shaped vaping device, the product has taken over the market share for e-cigarettes and has become “the” e-cigarette option for teens, who brag about “JUULing,” even when they’re in class. Meanwhile, though JUUL Labs states that their mission is to improve the lives of smokers, they continue to create nicotine solutions and flavors that are attractive to children.

Despite the company’s defenses claiming that their products are made with minimal toxins and chemicals, Juul e-cigs do contain several dangerous components. Each Juul pod contains a high dose of nicotine, though they’re often masked by a selection of childish, sweet flavors. In fact, according to Juul Labs, one of their Juul pods contains roughly the same amount of nicotine as one entire pack of cigarettes.

Of all e-cigarettes on the market JUUL is the most popular, seeing a 600% increase in sales during 2016-2017 and making up nearly 60% of the market thanks in part to its sleek design and flavored liquid cartridges. The cartridges contain a nicotine e-liquid formula that comes in various flavors appealing to young people.

How JUUL made nicotine go viral

Does Your Case Qualify for a Lawsuit Against the Makers of JUUL e-cigarettes? JUUL e-cigarettes have been specifically marketed towards young people with their candy and fruit flavors despite containing extremely high levels of nicotine. Nicotine is not only addictive but also is dangerous to adolescent brain development. Nicotine and other harmful chemicals contained in vape liquid have been associated with the following conditions:

If you or a loved one under the age of 25 are addicted to JUUL and/or has suffered any of the above while using JUUL vaping devices, you may be entitled to a settlement from the makers of JUUL, as well as for any expenses, emotional distress, and inconveniences you have endured as a result of medical treatment.

Contact us today for a Free Case Evaluatation. We Are Experienced in Pursuing Settlements on Behalf of Clients Harmed by Dangerous Drugs and Products.